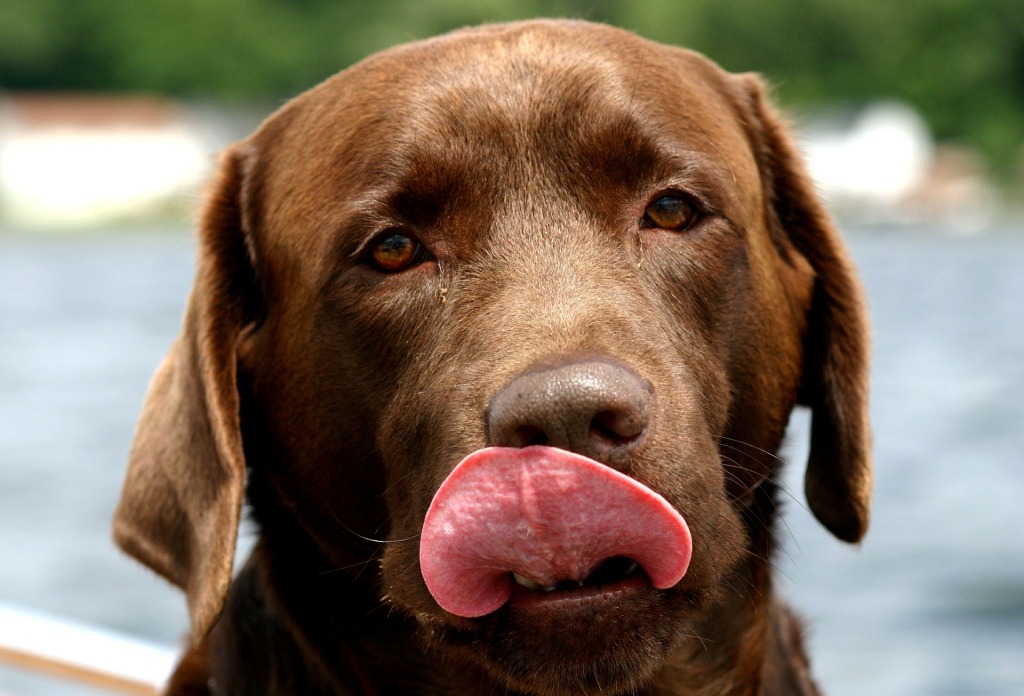 Roderick Manby-Saunders, an overweight chocolate Labrador, has declared himself to be “a real foodie”.

“The clue’s in the breed name,” said Roderick, winking, prompting his wife Goldie to roll her eyes and leave the room.

“I wouldn’t want to appear boastful,” he said, “but I do seem to be blessed with a superior sense of taste. I very much lead the field when it comes to appreciating flavours, textures and, most of all, volume.”

Roderick, who wheezes slightly when he moves and has developed what Goldie described as “something of a waddle”, was prompted to make his declaration after being put on a diet by his owner, who he now refers to as “that bloody Hitler woman”.

She declined to be interviewed, but sent The Lab Report a list of items that Roderick had eaten in the past seven days over and above his regular diet.

It included a block of butter, next door’s dog’s dinner (four times), a family-sized bucket of fried chicken that had fallen off the roof of a car, a squirrel, some soap and a packet of tofu – packaging included.